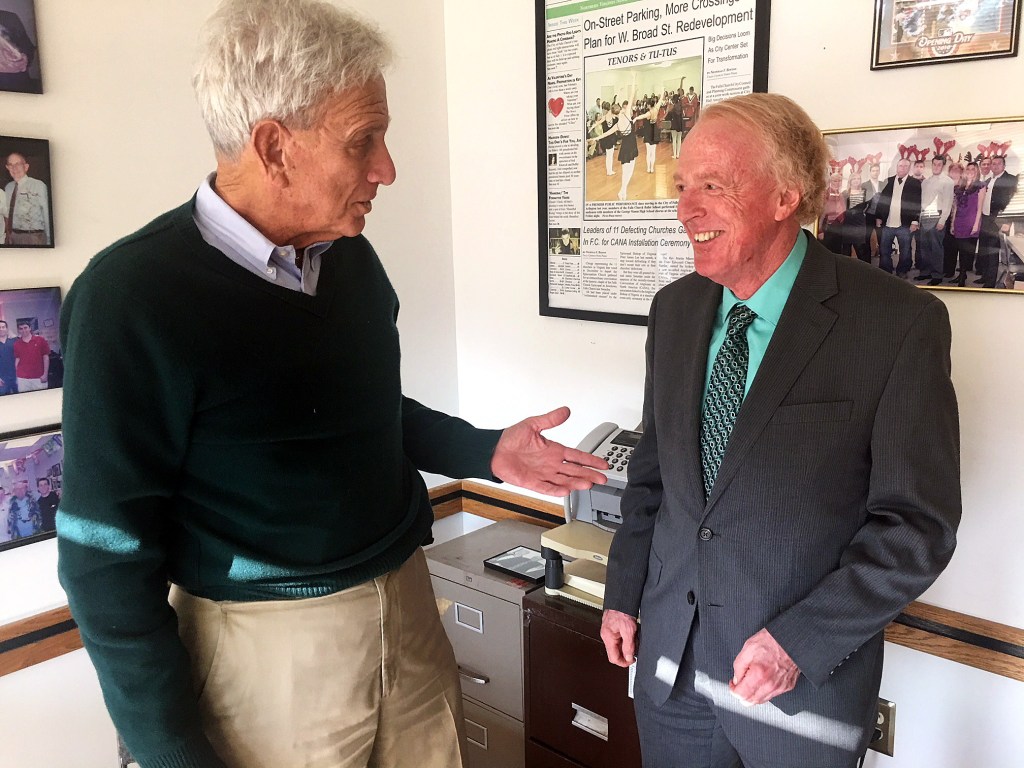 A major new development that unfolded in the last day of the Virginia legislative session last week has vastly improved chances for fairer voter representation in the commonwealth in coming elections. State Sen. Dick Saslaw, a Democrat whose district represents the City of Falls Church, was a key player in winning overwhelming passage of a bipartisan redistricting Constitutional amendment law that stands to revolutionize the way districts are drawn for both federal congressional and state legislative races in Virginia.

Saslaw and State Sen. George Barker visited the office of the News-Press this week to explain the new law, SJ360, which sets up a bipartisan commission to redraw district lines following the results of the 2020 federal census.

The redistricting exercise is done every 10 years in the wake of census results and has, until now, been in the hands of whichever party was in the majority in the state legislature. As such, it has been an invitation to “gerrymandering,” the drawing of often contorted district lines to maximize the advantage for one party or the other.

As Saslaw and Barker explained here, it was the major gains made by upstart Democrats in the Virginia legislature, picking up 15 delegate seats in 2017 due in part to a strong reaction to the Trump presidency, which served as a relevant backdrop to the last minute negotiations that resulted in the new law passed in the final day of the legislative session last month.Advertisements

That election leveled the playing field for the two parties in Richmond, and has left the majority Republicans with such a slim advantage now that they can feel the potential for losing control of one or both houses in the elections later this year.

Thus, the Republicans were brought to the table to favor equitable redistricting reform because of the perceived potential of having Democrats in power when the time to do the 2021 redistricting will come to pass.

The Saslaw-Barker plan, which passed the state senate 40-0 and the house of delegates 86-14, and now goes to the desk of Gov. Ralph Northam, was favored over the plan advocated by the OneVirginia2021 lobbying effort because it included representation on the bipartisan board from elected officials of both parties, Saslaw said.

The plan sounds convoluted in how it would operate, but that’s only because of the pains to which it goes to be as balanced and fair as possible.
For it to become the operative law of the commonwealth, the measure, once signed by Northam, will need to pass the legislature, following November’s legislative election, again next year, be signed by the governor again. That will qualify it for the statewide general election ballot in November 2020. If it passes then, it will be in force as an amendment to the state constitution as the redistricting exercise begins that will occur with the completion of the census, starting in February 2021.

So, indeed, this complicated process truly required the last minute action by the Saslaw and Barker in the state legislature last month in order to be operative in determining who will be elected to Virginia U.S. congressional and state legislative races for more than the next entire decade, until the 2030 census.

It is expected that if this November’s elections keep the two parties close to sharing control in Richmond that both parties will be backing the redistricting plan in next year’s legislative vote and in the subsequent general referendum in November 2020. It remains an added incentive for robust voter participation in this year’s state legislative races.

The plan calls for a bipartisan commission of 16 members, eight legislators and eight citizens. The eight legislators will consist of four from the house and four from the senate, and two from each party in each group. The eight citizens on the body will be chosen by a group of five retired judges, two from each party plus one, selected from a pool of 16 citizens selected by an equal number of Democratic and Republican legislators.

The organizers of the OneVirginia2021 group have embraced the plan, according to Saslaw, and will be supporting its adoption, since it passed.

“Yes, this did come as a surprise at the last minute in Richmond,” Saslaw said. It was the very last action that the state legislature took in the session, and it will allow the process to move forward to a truly monumental development to end gerrymandering and ensure fairness in elections and legislative representation in the future in Virginia.

Saslaw said that the massive but failed efforts to ratify the Equal Rights Amendment (ERA) in the legislative session only underscored how significant the passage of the redistricting reform law was. Despite their hair-thin residual majorities in both houses, the Republicans would not soften on the ERA ratification, even as it is largely symbolic by this point.

They appeared willing to absorb whatever the political fallout could be from their resolve to oppose the ERA, but seem more concerned for the powerful practical consequences of the redistricting process. 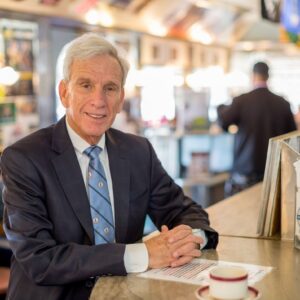 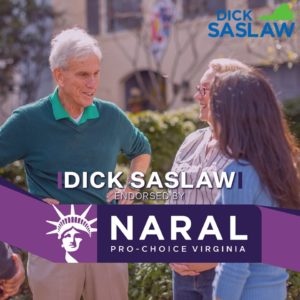 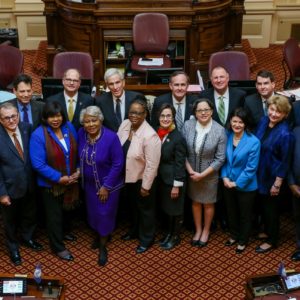